I come from a family of English police officers, but none of them have worked there in a very long time so I turn to you for the most up-to-date information! :)

-Cops vs. coppers. What do you think a lower-class (council estate-inhabiting) nineteen year old would say? Coppers feels a bit Dickensian to me, but cops sounds North American.

-Do they still use the term PC? As in PC Whatshername? Or is that old-fashioned?

Thanks for any insight you can offer. I'm re-editing The Nest for a possible reprint edition, and these are a couple of things that have always bothered me.

"Syncopation", my first story featuring a bisexual protagonist, is now available from Storm Moon Press, as part of a three-novella anthology. It's out in print, as well as all ebook formats, and it's on sale at the moment for a really good price. Check it out!

Everyone should have received their requested treat, but let me know if you haven't! I might have missed your message.

I can't reply to comments without unscreening them, apparently, so I just wanted to let everyone know that if you requested "The Lake of Fire" as your Thanksgiving treat, I'll send it out on Wednesday, the day it's released. No word on a release date for "Love Potion 3.5" but you'll get it as soon as I do.

pd_singer, did you want a story, too? You didn't specify.)

This weekend is Thanksgiving in my part of the world, and I wanted to take the chance to say how much I appreciate all my readers (even the ones who leave nasty reviews on Goodreads!)

I'm not one of those aesthetic authors who would be just as happy to leave everything they write in a shoebox or on a hard drive. I write to be read, and I do appreciate everyone who takes the time and, often, spends the money to read my work.

So, as a mark of appreciation, I have a gift for you. Leave me an email address here by, let's say, sometime on Monday October 8 (comments will be screened so no one else sees it) and I'll send you your choice of my two Torquere Press releases this month. "The Lake of Fire", my Halloween Sip, is best described as "zombies in Medieval England, plus sex", while "Love Potion 3.5", released in the "Weird Science" anthology, is about a greaser in the late 1950s and the nerdy, Kinsey-report reading scientist who makes him realize there might be a deeper reason he's always flopping with chicks. Just let me know which one you want, and I'll send it to you as soon as I have the final product (this week for the Halloween story, maybe a little later for the "Weird Science" one.) 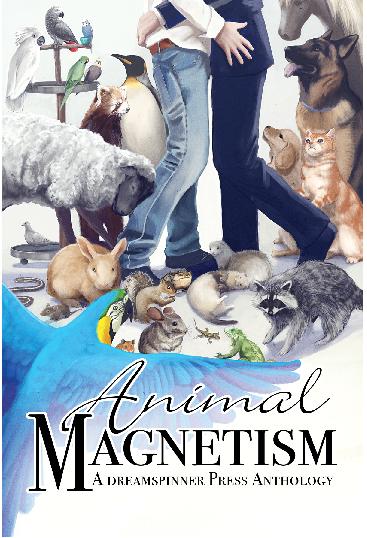 Just look at all those cute animals! And my favourite, the red panda!(Although my story is actually about finding love over sea snails.) It just makes you want to pick them up and hug them! Or, the next best thing, buy the book, which is out August 13 from Dreamspinner Press.

And any other Torquere titles you've had your eye on. Use code "xjuly2012" at the checkout. Sale on till Monday! 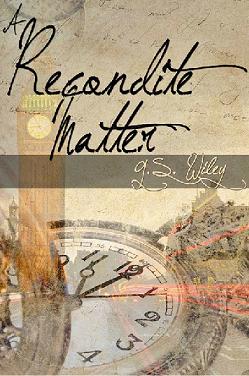 Love time travel stories? Of course you do! So check out A Recondite Matter hot off the electronic presses at Torquere Books!

For more info and an excerpt, check out the always amazing UK M/M Romance blog here.

A day early, but The Day Job is going to be busy tomorrow, and I didn't want anyone in later (earlier?) time zones getting annoyed if I was late!

The Holly and the Oak is now available as a Free Read at my website. Those of you I've known a long time might remember this came out back in 2008, as my first-ever actual real published story. Hope you enjoy!

Also, I'll be guest blogging over at P.D. Singer's tomorrow, and offering some more info about my upcoming release with Torquere, so hop on over there and check it out! Alan is a florist in a village near the town of Salisbury, and Stonehenge, during the Second World War. With the help of an American Air Force pilot, Gary, he confronts his troubled past and prepares to face an uncertain future.